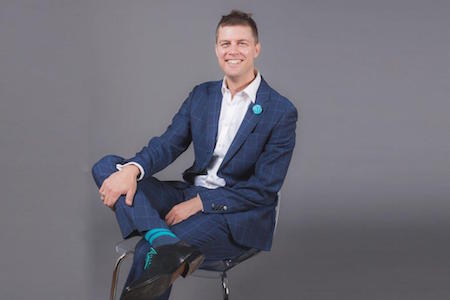 Adam Quiney is an obsessive perfectionist, a high-performer, a former lawyer, and a current life coach. After four years of self-discovery and coaching, he’s also learned that he has a pretty big heart. He works with high-performers ready to put a dent in the universe and step into their zone of genius.

Adam coaches leaders and leads coaches. He is a powerful speaker, a transformative coach, and a leader who changes the lives of those he works with. His clients achieve the impossible and transform their lives in doing so. He teaches them how to eradicate stress and the “good enough” from their lives, achieve the impossible, and transform the cultures they work in. In the process of creating the results they are committed to, Adam helps people punch through the habits and hindrances that keep them from the source of them being their most powerful: embracing and living life as their true selves.

← Sunil Arora On Pushing Past Plateaus, Self-Awareness, and ExpectationHow To Create Real Change With Joshua Spodek →
Scroll To Top