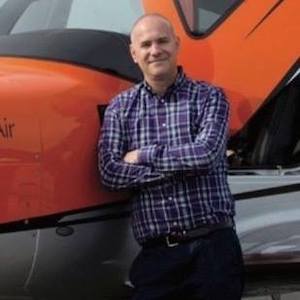 Andrew Schmertz spent 15 years in the media business, serving as a reporter for NY1 and business anchor for WABC-TV. He was a senior exec at WNET/PBS when he co-founded Hopscotch Air. He was laid off from WNET and was faced with running a new airline.

Learn more about Andrew at https://flyhopscotch.com/.