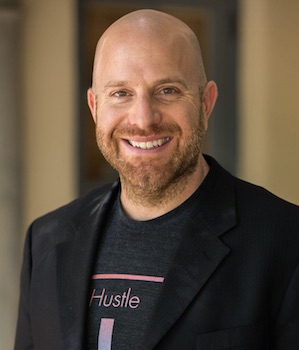 Josh Felber is no ordinary business coach. Not only has he penned two bestsellers (one with Brian Tracy and another with Steve Forbes), he went on to win two Emmy Awards for executive producing the acclaimed documentary Visioneer: The Peter Diamandis Story. Today he reveals how having a grand personal vision (and the right mentorship) helped him forge a remarkable and unpredictable career.

Josh Felber is a serial entrepreneur and high performance coach who is focused on challenging himself and those around him to achieve consistent excellence. His mission in life is to help over 100 million people design, develop and deliver their passions and expertise to the world so they can have the time, freedom, finances and lifestyle of their dreams.

Josh has appeared as a guest expert on NBC, CBS, ABC and Fox, and is the host of Making Bank, and is an active contributor to Entrepreneur, Inc., Business Insider and Forbes. Josh is also an executive producer of the award-winning documentary The Rebound.

← Are You A Manager Or A Leader?Highlights From The C-Suite Network Conference →