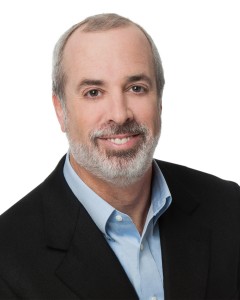 Ric Edelman is the Chairman and CEO of Edelman Financial Services, a business that he and his wife Jean founded twenty-seven years ago. Since then, he has been three times ranked the #1 Independent Financial Advisor in the nation by Barron’s and has published multiple books on personal finance. In this interview, he attributes his success in the financial industry partially to his lack of background on Wall Street; Edelman also has no MBA. Instead, Edelman describes how his degree in Communications set him up for success in helping ordinary consumers understand financial planning.

Edelman Financial Services manages $13.7 billion for more than 26,000 individuals and families. The company has 38 offices coast-to-coast, and has won more than 100 business, advisory, communication and community service awards. Edelman hosts weekly radio and television shows, and has published eight books on personal finance, most recently The Truth About Retirement Plans and IRAs (2014).  Learn more at RicEdelman.com.

← STP056: The Strengths and Liabilities of the Entrepreneurial Spirit: Managing Time and Perfectionism with Mark AsquithSTP058: Family Business Dynamics and Finding the Right Customers with Mark Mathios →
Scroll To Top