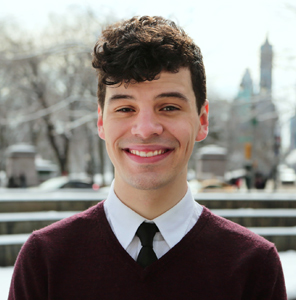 On today’s episode of Smashing the Plateau, Nik Parks, MicroFame Media Evangelist, talks about the fear that is associated with reaching out to people who are further along in their career. Time and time again, Nik has been pleasantly surprised by the generosity of people. He also talks about being ahead of your time as a business leader but not “too ahead of your time”.

Nik Parks is the MicroFame Media Evangelist, writer, content marketer, and was the co-founder of Launching Creative. His writing has appeared in Forbes, The Muse, Chelsea Krost, and he has made an appearance on The #AskGaryVee Show.

Learn more about Nik at microfamemedia.com, Twitter, or LinkedIn.

← STP100: What if You Don’t Know You’re Burned Out with Katherine HosieSTP102: Growing a Business isn’t Just About Making Good Money with Nina Kaufman →
Scroll To Top