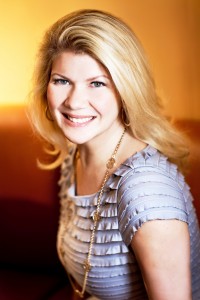 Marcie Allen began booking bands when she was sixteen; during college, she was offered a job at LiveNation’s Cellar Door Concerts. At age 25, she founded her first business, MAD Booking & Events; today, she is President of New York City-based music experiential agency MAC Presents. Here, she discusses the importance of identifying and adapting to industry niches: being, in the words of her grandfather Hoss Allen, “a bit of a chameleon” in order to succeed.

She also spoke about how:

Allen uses her 21 years of connections in the music industry to “bridge the gap” between corporate brands and the music industry. She has executed partnerships on behalf of brands including Delta, Microsoft, Jeep, Samsung, CITI, Sony, Southwest Airlines, Verizon, and AT&T, and artists including Foo Fighters, Green Day, John Legend, Billy Joel, Imagine Dragons, The Who, Rolling Stones, and Keith Urban. She is a nine-time nominee and four-time winner of Billboard’s Concert Marketing and Promotion Award.

Learn more about Allen or get in touch through MacPresents.com, Twitter (@MarcieAllen), or LinkedIn.