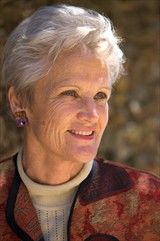 Marilyn King knows something about the power of thinking: after a car accident in 1979 rendered her unable to train physically for her third Olympic Team, she placed second at the Olympic trials for the 1980 Moscow Games after using only mental training techniques. A two-time Olympian in the five-event pentathlon, Marilyn has spent 30 years as an expert in the field of exceptional human performance. The president of Way Beyond Sports, she helps others apply skills learned through sports to three specific areas: business, education and peace.

In this interview, she discusses:

Marilyn’s work includes programs conducted for senior executives at Fortune 500 companies, such as AT&T, Apple Computer, Hewlett Packard, IBM, Ikea, Microsoft, Nokia, Oracle, Swiss Reinsurance, Starbucks and Wells Fargo. She has been featured on Forbes.com, The News Hour with Jim Lehrer, and NBC Nightly News. Currently, Marilyn is involved in a joint Russian-American venture called “The Peace Team,” and has twice spoken at the United Nations.

← STP084: “A state of mind and a state of perspective”: The Spirit of Adventure with Jeff SalzSTP086: Overcoming Fear with Traveler and Storyteller Tamela Rich →
Scroll To Top