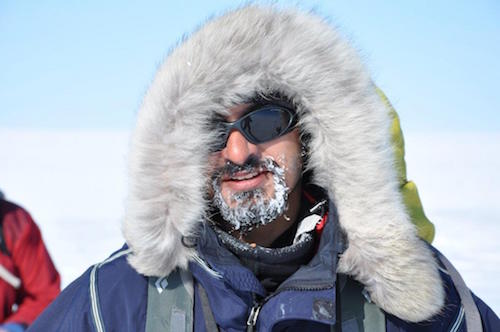 If anyone understands the power of adventure, it’s Akshay Nanavati. As an entrepreneur, speaker, coach, and the author of Fearvana, Akshay helps people foster their fears and bring new meaning to their lives. He is also on a mission to run across every country in the world. In today’s episode, Akshay opens up about his troubled past, reveals what it really takes to turn your life around, and talks about using your fears to achieve the success you’ve always dreamed of.

Akshay Nanavati is a Marine Corps veteran, adventurer and entrepreneur. After overcoming drug addiction, a diagnosis of PTSD from the Iraq war, and a battle with alcohol that pushed him to the brink of suicide, Akshay has since explored the most hostile environments on the planet and built a global business helping people live limitless lifestyles. Combining years of research in neuroscience and psychology with his life experience, Akshay wrote the book Fearvana: The Revolutionary Science of How to Turn Fear Into Health, Wealth and Happiness. His work funds his nonprofit, the Fearvana Foundation. It is the change-making arm of his lifelong mission to run across every country to create enduring peace, one community at a time.

Learn more about Akshay at fearvana.com, existing2living.com, LinkedIn, and Twitter.