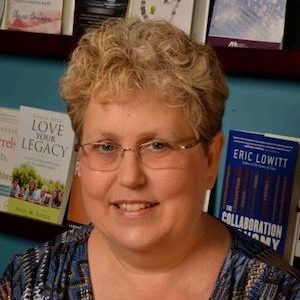 Lori Ames has been involved in book publishing and book publicity since the early eighties. After receiving her degree from Hofstra University she began her publicity career at a boutique book publicity agency in New York City.

In late 2010, Lori’s son was diagnosed with an inoperable malignant brain tumor, so she left the fast-paced world of Manhattan to care for her son and in the process set up her own agency (her son Robert is doing very well and plays an important role at the company).